One day, as all my best stories began, I started writing. I wrote in secret. I thought about writing before I went to sleep; I thought about it when I woke up. Writing rapidly took over my life. I didn't plan the story, I just wrote until it came to a kind of end. It was messy and sprawling with too many adjectives which only a mother could love - which mine did when I very shyly asked her to read it. She encouraged me to carry on, so I did.

After doing several workshops with Writing Events Bath, and with SCBWI (the Society for Children's Books Writers and Illustrators), I joined the Golden Egg Academy, where editors Imogen Cooper and Abi Kohlhoff helped knock my first novel into shape. I wrote a further two novels with guidance from an agent before taking a Write A Novel course with Faber Academy.  All of these workshops and courses have really improved my understanding of story-telling and I'm incredibly grateful for the contacts I've made - both fellow writers and industry professionals - without whose support, I might well have hidden myself and my stories away. 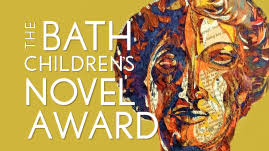 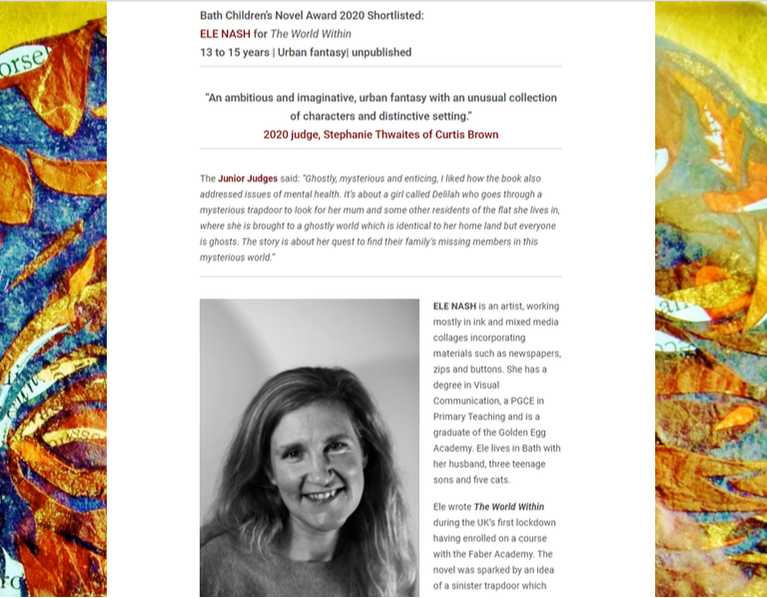 “An ambitious and imaginative, urban fantasy with an unusual collection of characters and distinctive setting.”
​2020 judge, Stephanie Thwaites of Curtis Brown

I wrote The World Within in 2020 just as the first lockdown began. I’d fortuitously enrolled in an online Write A Novel course with the Faber Academy and began it with a vague idea of a trapdoor trapping people but with no idea why. The main character, Delilah, grew from seeing my own children’s fear of actually leaving the house during a new pandemic, while also being aware isolation in itself can be a dangerous thing. Writing is, for me, very freeing and therapeutic and I never needed it more than in that difficult year. I thought I was being quite rash entering The World Within so quickly after writing it into the Bath Children’s Novel Award but I felt the story - and Delilah in particular - so closely connected to the year we’d all had, that I had to try. And now, of course, I am really glad I did!
I made a three-minute animation of the prologue of The World Within. To see it, click on the youtube link. 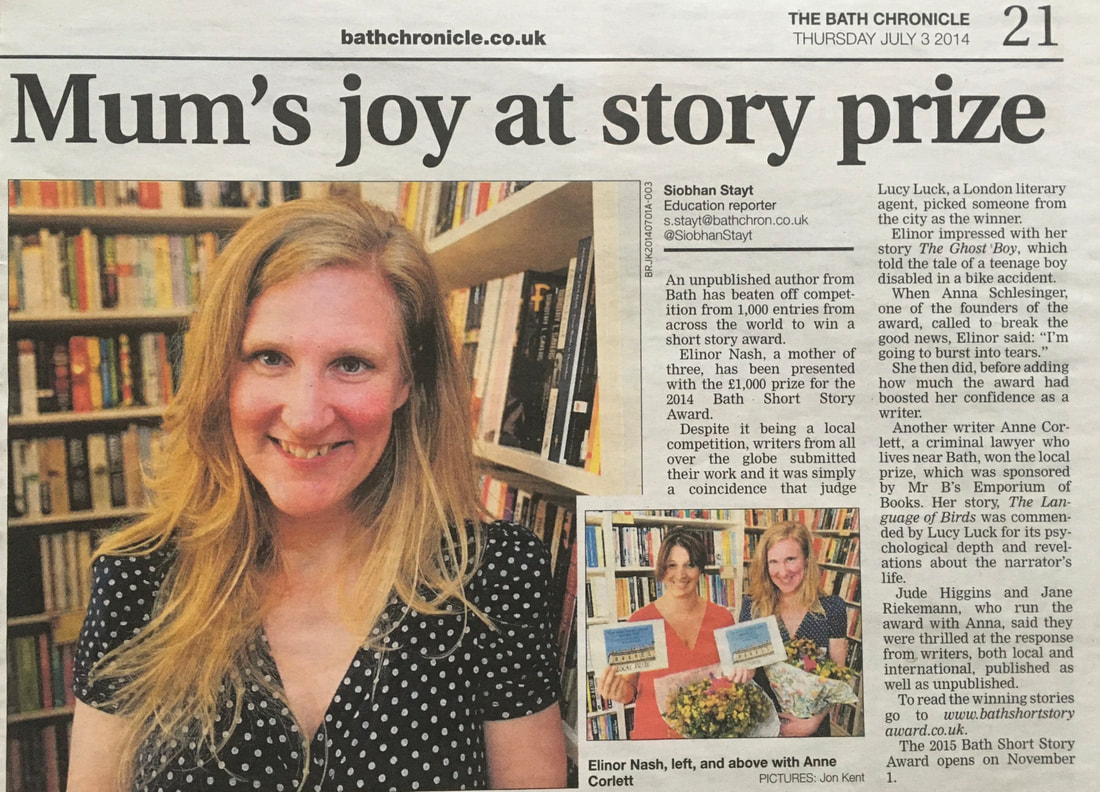 Article in The Bath Chronicle
When I wrote The Ghost Boy, I'd been reading a lot of Alice Munro - the best short story writer I've found so far. I entered the 2,200 word story into the Bath Short Story Award 2014 expecting nothing. It was a complete shock when it beat over a thousand other entries to win! You can read part of the story below. The Ghost Boy, is available to buy in digital format as part of the Bath Short Story Award 2014 Anthology, a collection of the top 20 short stories. As well as the story appearing in the anthology, I designed the cover using a detail from my collage painting, The Circus Acorns. 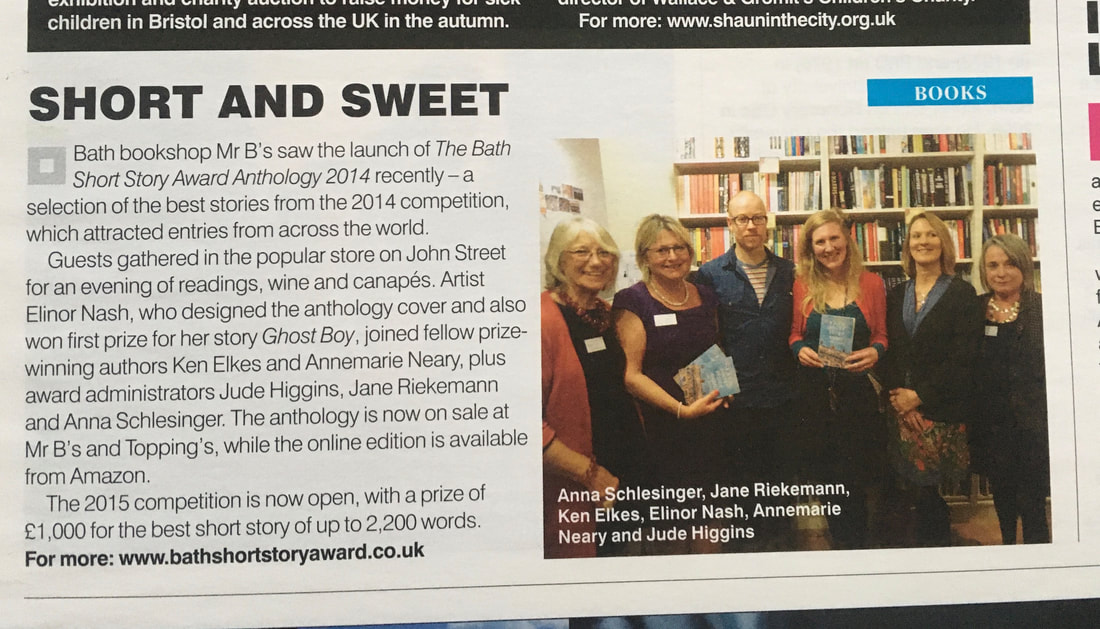 The irregular drumbeat delighted Jake Bennett with its marshmallow sound. From his special blue chair in the overfull living room, each bam-bam-te-bam brought the pinky white balls flashing into view then out again, into view then out.
‘Ugh, my head.’
Jake smiled at his mother and began to rock his own head side-bam to side-bam, trying to catch in his open mouth the here then gone again marshmallows.
He knew they weren’t real marshmallows. Jake wasn’t a fool, despite what some people thought - strangers mostly, with veiled eyes and overloud voices. These marshmallow beats were a gift given to him on the day he turned from a Hardy Teenager racing his bike to school to an upside-down Ghost Boy.
Marshmallow beats weren’t the only gifts. There was the custard swirl of the fan, looping from left to right, the grass green zigzags of rain against the window, the scurrying crimson dashes of his dad turning the pages of the newspaper. Jake sometimes yelled for the place to be quiet just so he could see his smoky grey breathing.
After several more minutes of marshmallow beats, Jake’s vision filled with the horror of the vacuum cleaner. Jake hated the vacuum’s orange squash sound. The colour leeched into those delicious marshmallow beats and made them sticky.
Jake tried to not let it upset him. When Jake got upset his otherwise weak legs got upset which made his feet kick out which ultimately upset whoever happened to be near them. As the whirr of vacuum continued, Jake felt the upset travel from his crying eyes down to the elasticated waistband of his dark blue jeans. Jake tried to stop the upset trickling down his legs but his mother yanked the vacuum cleaner next to him and – flick – he kicked the upset right into her shin.
Jake often thought his mother was made of glass - the thin frail glass that had shattered around Jake when his world had spun upside-down. She was jagged like glass: sharp elbows and knees and hips and cheekbones. She was transparent like glass. Jake could peer inside and see her slow-beating heart, her broccoli lungs, her china bones. She could break like glass – crash – with one kick of his upset foot.
His dad wasn’t glass. His dad was wood, solid and knotted and unmoving. Jake’s foot didn’t kick his dad so often. It hurt Jake’s foot to do it and the upset would bounce back along Jake’s legs and up his tummy and it would taste sour in his mouth and then Jake’s upset would send him spinning upside-down, over and over like a recurring nightmare and he’d cry out in a pool of sweat.
The marshmallow beat continued and Jake, who’d stopped crying (having kicked the upset to his mother, whose lavender sniffs seemed to Jake to alternate with the drumbeat) listened and watched, no longer trying to catch the marshmallows in his open mouth. He listened and watched until the lavender sniffs went away and his mother helped him to his wheelie-walker which he pushed along to the newly fitted bathroom.
The bathroom used to be upstairs which had given his mother Terrible Backache. After long discussions about money and builders and other things that Jake couldn’t help overhearing, a man called Gary came for several weeks and made lots of blood-red star bangs and strange lemon yellow whooshes and (Jake’s favourite sound) the indigo velvet spiral of the drill. Gary came into the living room especially to show Jake the drill and the hammer and the screwdriver. Gary told Jake about the new pipes he had to fit and where the stopcock was and the amazing toilet which washed the sitter afterwards. Jake listened and gave Gary his best smile because he liked Gary and the interesting noises Gary made and he especially liked the idea of the toilet which would wash him every time he used it.
His mother readied her hands as Jake manoeuvred himself onto the new shower seat but he could manage well enough. The shower, like the rain, fell in grass green zigzags and washed the stickiness from Jake. It felt so much better than the old bath - which had given his mother the Terrible Backache as Jake was now a big boy and very heavy and his mother was fragile glass.
Jake’s mother wrapped him up in a fluffy towel and he noticed the marshmallow beats had stopped which meant his sister, Ava, had stopped drumming. He had a vague notion of what the drums looked like, metallic blue and silver, but as they were upstairs in what was Jake’s old bedroom, he now only ever heard them. He’d like to watch Ava play and have the drumbeat so loud the marshmallows would be twice as big.
Ava was fifteen, older than Jake by something less than two years but more than one and she had the same mousy-coloured hair as Jake and the same mousy-coloured eyes as their mother. She was, every day and by little but significant increments, growing more and more like their mother. Jake kept the observation to himself, aware that telling Ava about this growing resemblance would make her screw up her face and send her skin a ghostlier pale, the way it did when she had to help Jake with his breakfast in the morning.
Jake had flashes of memory, like the here-then-gone-again marshmallow beats. In those flashes he saw a small Ava cuddled up on the sofa with their mother. He saw Ava’s feet, and his own, sinking in the sand as a wave drew back. He could stand once, unaided, he knew because of the wave memory and because of the dance memory, where he had moved his feet side to side opposite a pretty girl who made his tummy flutter. But that was when he was a Hardy Teenager who could race his bike to school

“I am alone in my room between two worlds.”
Sylvia Plath